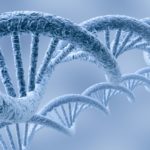 In editorial piece in the journal Science, the co-founder of Phenome Networks argues that a greater emphasis should be placed on crop phenotypes and their correlation with genotypes as Phenome Networks launches a platform that will host all phenotype-to-genotype public-domain data for Academia

Tel Aviv, Israel, September 23, 2014 – Phenome Networks, a software-as-a-service plant breeding management and analytics company, announced today that one of its co-founders, Professor Dani Zamir of the Hebrew University, has published an editorial in the academic journal Science, arguing that although the sequencing of Coffea Canephore – also known as Robusta – is a great scientific achievement, research, government and industry should focus on phenotypes as well. The inability to preserve data about phenotypes leads to losses of important research data and an inability to combine them with genomic data in a systematic way, although the data is (theoretically) available. Prof Zamir argues that if we are to radically increase food production and yields, research should focus on phenotypes too, since phenotypes are what we eat.

“The challenge now is to translate these decoded genomes into  new and improved tools for plant breeding; there is a need for a better balance of research priorities, with a greater emphasis on crop phenotypes” said Dr. Yaniv Semel, co-founder and CEO of Phenome Networks. “It is time to combine the research of observable or measured plant traits with a way of archiving phenotype data so it can be combined with genotypes. This is the only way to achieve food security for the future and improve plant yields even with less water, more salinity and climate change”.

Additionally, Phenome Networks announced the closed beta of Project Unity. Project Unity is a platform that will host all phenotype-to-genotype public-domain data in a common and unified platform, offered as a free service for academia. Each researcher will be able to load their data and connect it to existing global knowledge, by linking traits to ontology, markers to genetic/physical maps and germplasms to pedigree and their sources. Initially, each dataset is stored privately, and can only be accessed by the researcher comparing his results to public ones. Data is made public once the researcher decides to do so typically after the publication of the corresponding scientific paper.

“The next leapfrog in terms of agricultural productivity is set to come from the use of data science and predictive algorithms” said Dr. Semel. “Today much of the public data generated by studies is lost since it isn’t stored in a way that makes it accessible, wasting millions of research dollars in spreadsheet files. One of the more striking examples is the loss of phenotypic data about rice subspecies indica and japonica. The vision behind Project Unity is to preserve this data and speed up research with the enormous power of big data.

Click here for the Editorial in the journal Science.

About Phenome Networks
Phenome Networks provides a state-of-the-art bioinformatics platform that organizes the wealth of genotype-to-phenotype data generated in the plant breeding process and genetic research in commercial companies and academic institutes. The platform allows extracting knowledge and insights that accelerate plant breeding. The burst of genotyping technologies in recent years has the potential to transform the way traditional breeding is conducted. The company’s strategy is to supply novel statistical methods and algorithms to assist its customers in coping with these changes and translating big data problems into smart decisions.