What Is the Real Limiting Factor in Plant Breeding? 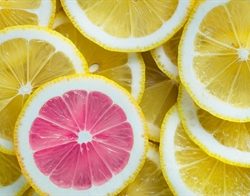 One of the most important aspects of plant breeding is the genetic variation among plants in the population. Genetic variation, which refers to how much plants are genetically different (or similar) than each other in a given population, is the fuel behind any breeding program.

Narrow genetic variation has had a dramatic impact in our history. The great Irish potato famine in the mid-19th century, caused by the late blight disease, wiped out the Irish potato production over a period of 10 years and caused the death of over 1 million people due to starvation and related diseases.

After that disastrous event, plant breeders  were able to identify resistance genes in wild potato germplasm and  create resistant varieties.

Even today, too little genetic variation poses a major bottleneck in commercial breeding efforts. The rational is simple: if you cross two plants that are genetically too similar, you will get an offspring with similar characteristics, and thus you miss the target of improving the offspring over their parents.

As a result, the relative rate of gain in yield (and other important plants characteristics) in breeding decreases over time. Furthermore, there is evidence of yield plateaus or even abrupt decreases in rate of yield gain in the last years.

Access to genetic variants is preserved in genebanks (or seedbanks) which help to keep a large and diverse variety of plants, but the use of this genetic variation repositories in breeding is limited. To overcome this challenge, the G2P-SOL project has been formed.

G2P-SOL(www.g2p-sol.eu/)is a global research cooperation, formed under the European framework Horizon 2020 to bring together the major European and International genebanks of the four major Solanaceous food crops (potato, tomato, pepper and eggplant). The project duration is 5 years (2016 – 2021) Its budget is about 7M Euro.

G2P-SOL will use thousands of DNA markers to characterize the genetic basis of more than 50,000 accessions of these four crops stored in major European genebanks.. This genotyping information will allow breeders to evaluate the real genetic variation (rate of difference or similarity) among these thousands accessions. Based on this the project will create a “Core collection” in each crop which is a subset (few hundreds) of the accessions that maximize the genetic variation. These core collections will be planted and grown in multiple locations around Europe over two seasons. Plants  will be characterized by various attributes, such as growth, yield and quality that are frequently used for breeding.

The seeds used in this project will be available for free. The data that is generated will be accessible to all through an open web system, the  G2P-SOL gateway. The data will be published soon.

This project represents a major pre-breeding effort that can identify valuable traits from cultivated and wild germplasm currently stored in genebanks. Importantly, it will dramatically extend the level of available genetic variation. This will allow the translation of these traits into variety development. The G2P-SOL gateway has the potential to unlock today’s barriers in plant breeding of potato, tomato, pepper and eggplant.