The Hidden Dangers of Sourcing Seeds for Breeding 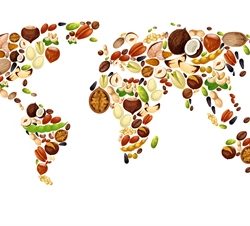 Plant breeding often starts with seeds sourced from external partners such as gene banks, universities, etc. Sometimes referred to as Introductions, these seeds are used to create new breeding lines, parental lines and hybrids. These sourced seeds hold a promise to create new and unique varieties. However, there is a hidden danger behind them. This danger is exemplified by a story told to me by the CEO of a plant breeding company.

Two years after obtaining introduction seeds from a prominent university, the CEO received a legal warrant informing him that his company was no longer allowed to use the introductions. A top international seed company was claiming the CEO’s seeds contained genetic material that had been leaked and transferred to other companies, As it turns out, that international company had breeding fields located close to the university. Moreover, there were claims that some plants in the university’s fields had similar characteristics to plants of the international company.

The CEO could no longer use the introduction seeds. In addition, his company could not use any seeds derived from them. The CEO’s breeders needed to track back through every seed bag stored in all of its storages and every plant planted in all their fields to check if any was originated from the forbidden seeds. If it was, he had to discard all those seeds or plants. Tracking this material would have been almost impossible without having professional plant breeding software that had recorded and managed all its breeding activities in a central database.

Today, the Nagoya Protocol which entered into force in 2014 and has been approved by 114 countries obligates breeding companies to track, trace and record their genetic material and activities. The Nagoya protocol indicates that if a company receives seeds from an external source (may it be a company or even a country!) and develops a new variety, it will need to report to the other party and pay royalties from sales of the new variety. Thus, it is crucial that breeding companies track and record their breeding activities in a professional manner using dedicated breeding software.

Sourcing seeds from external partners enables breeders to create novel genetic combinations. With this comes the responsibility to track, trace and record every breeding activity. Tracking also serves as digital evidence that new varieties are novel. After all, the intellectual properties of breeding are not only the seeds but also the data associated with them. If you don’t record and manage your data properly, you are putting your entire breeding program at risk.