Food Security, Genotypes and Phenotypes: Should Coffee Sequencing Be a Wakeup Call? 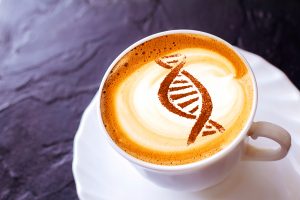 Earlier this month, in the journal Science, it was announced that the genome of the Coffea Canephore – also known as Robusta – has been sequenced by an international team of scientists.

At the same time, some coffee varieties, such as the much-beloved Arabica are at risk. In Africa, one of the worst outbreaks of coffee rust, a crop disease, is ravaging crops.

How can the science and technology of genomic sequencing live side by side with real risks to crop and food security?

Phenome Networks’ Dani Zamir, in an editorial in the journal Science, argues that Coffee genomic sequencing should be a wake-up call.

Zamir argues that Gene sequencing together with scientific technology advances is a great achievement, yet it is certainly not enough if we all agree that the ultimate goal is to provide better food security for a world with a growing population, climate change, and soil degradation.

“The challenge now is to translate these decoded genomes into  new and improved tools for plant breeding; there is a need for a better balance of research priorities, with a greater emphasis on crop phenotypes”.

Zamir argues that scientists in academic institutions are less likely to passionately invest in researching observable or measured traits and deal with the challenges of phenotyping and the archiving of phenotypic data. Yet what we eat are phenotypes, not genotypes; phenotypes will determine food security for the future.

Zamir goes on to mention that there are no public repositories of the data generated from genotypic data: important data that can feed the world – relating to rice for instance – is lost.

That is why Zamir goes on to suggest that the coffee genome should act as a wake-up call to enlist all stakeholders to collaborate in genomic-assisted breeding projects and germaplasm conservation. After all, Zamir concludes, how can genomic research continue without the coffee breaks that fuel it?